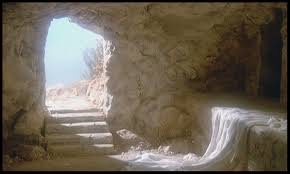 He is risen indeed….

It’s a call and response that we used to do in the Lutheran church. It was especially popular on Easter Sunday.

Here is why we can say that, found in First Corinthians:

9 For I am the least of the apostles and do not even deserve to be called an apostle, because I persecuted the church of God. 10 But by the grace of God I am what I am, and his grace to me was not without effect. No, I worked harder than all of them—yet not I, but the grace of God that was with me. 11 Whether, then, it is I or they, this is what we preach, and this is what you believed.

The Resurrection of the Dead

20 But Christ has indeed been raised from the dead, the firstfruits of those who have fallen asleep. 21 For since death came through a man, the resurrection of the dead comes also through a man. 22 For as in Adam all die, so in Christ all will be made alive. 23 But each in turn: Christ, the firstfruits; then, when he comes, those who belong to him. 24 Then the end will come, when he hands over the kingdom to God the Father after he has destroyed all dominion, authority and power.”

He is risen indeed!