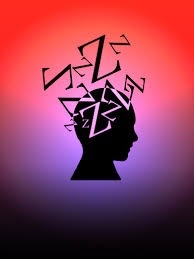 It’s a new year so I started a new book. I started reading the book of Matthew. In the first 2 chapters one thing stood out to me. While in the Christmas story in Luke, angels are speaking directly to Zacharias and to Mary, in Matthew, Joseph is spoken to through dreams. There are 4 dreams recorded in the just these chapters.

As I was driving home yesterday listening to the radio I was reminded of another bible character named Joseph, (my daughter Lizzy used to pronounce it Jo-fiss). He was Jacob’s son, the favored son, the son of his much beloved wife Rachel. He was also a dreamer. Not in the sense that he lazed around just thinking about stuff, but that God gave him prophetic dreams, and gave him the ability to interpret other peoples dreams. He was able to be used to interpret Pharoh’s dream and it landed him at the number two position in Egypt.

Dreams. God has used dreams in my life to help guide me and my family. He used one dream to let us know that it was time to leave the church denomination that I was raised in and find a new one, one that emphasized salvation by grace, that taught the bible and that would help me raise my children to know Jesus as their savior.

God used another dream to let me know that my food service career was coming to end. That was a scary time but He was faithful and we never missed a meal or a house payment.

As I imagine the scene of the angel of God visiting the house of Joseph and finding him asleep. I think about the hard physical labor involved in being a carpenter in the first century. Every step of forming wood into a table, or a chair, or just the process of making a tree into a board so it could be made into something else. Exhausting work. Did he arrive at the house ready to talk but found Joseph already snoring. Do you suppose when the angel saw Joseph asleep he said to himself, “Aw, isn’t he cute when he’s asleep?”

“19 After Herod died, an angel of the Lord appeared in a dream to Joseph in Egypt 20 and said, “Get up, take the child and his mother and go to the land of Israel, for those who were trying to take the child’s life are dead.”

21 So he got up, took the child and his mother and went to the land of Israel. 22 But when he heard that Archelaus was reigning in Judea in place of his father Herod, he was afraid to go there. Having been warned in a dream, he withdrew to the district of Galilee, 23 and he went and lived in a town called Nazareth. So was fulfilled what was said through the prophets, that he would be called a Nazarene.”

God sees us and knows us. When we are asleep and when we are awake. He longs to communicate with us. What he most wants to tell us is, “I Love You! I gave up my only son to die in your place so we can be together. I raised him from the dead and now we can be together forever. Because he lives, you can live. Forever with us.”

I don’t want to put imaginary words in the mouth of God so here is a verse that says it.

” For God so loved the world that he gave his one and only Son, that whoever believes in him shall not perish but have eternal life.” Jn 3:16

(I originally wrote this in 2017. As I post it here, it is 2019. I found this post in my memories on Facebook. This morning when the alarm went off I was dreaming. In my dream I kept being urged to go back to a book I was reading and continue the story. I kept trying to tell myself that I had finished the book that i was reading. But in my dream another voice was compelling me to get back to the book, that the story wasn’t over yet. I think God might be saying something to me. The book I believe is his word, the Bible, and the story is my life and his mission for me. Does that excite anyone else? I am tearful and excited and scared about not being finished yet and that God is excitedly saying, “just wait! We coming to the good part!”)